Sector Transgressions in Ethiopia: The Case of Public-Private Partnerships for Health Tech 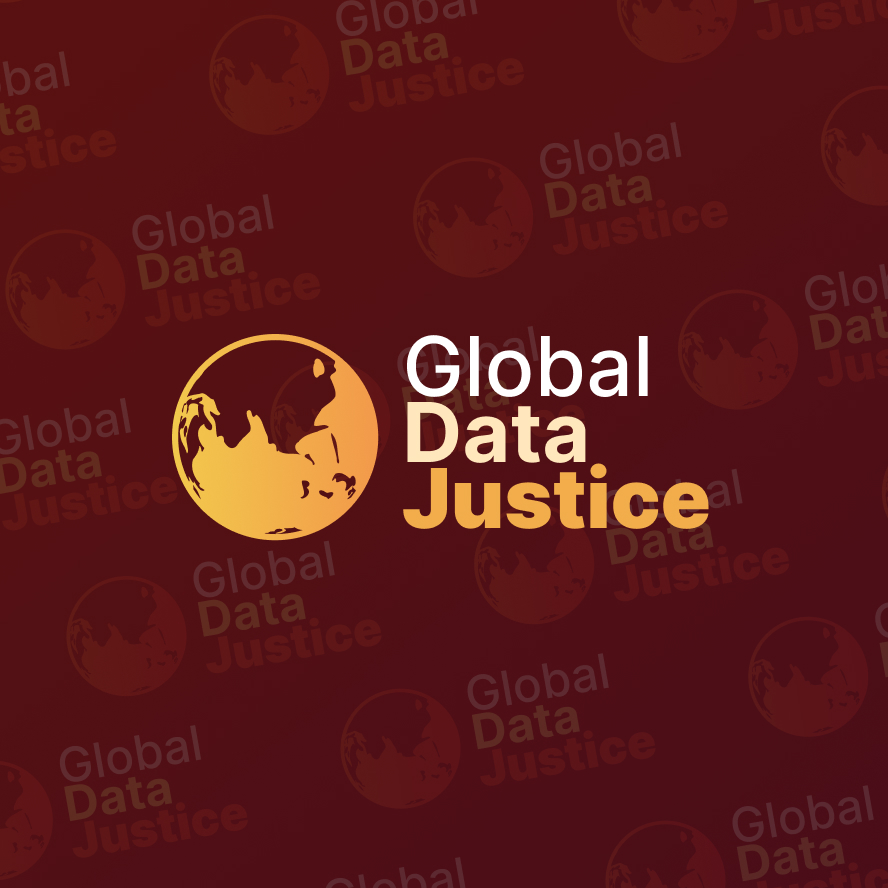 In 2021, the Global Data Justice project partnered with Data4Change and a team of researchers to explore sector transgressions during the COVID-19 pandemic in East Africa. This online series includes excerpts from case studies of Ethiopia, Kenya and Uganda, as well as a synthesis report. Extended country analyses will appear in a forthcoming edited volume alongside other international contributions. Note that this essay on Ethiopia considers developments until late September 2021.

Ethiopia’s tech sector is at a nascent stage, with tech startups emerging only in the past few years. Partly this is because of underdeveloped technological infrastructure and restrictive regulation of the private sector. The communications sector has been a state monopoly for over a century. The government awarded a license to the first ever private telecom operator in 2021 essentially ending the monopoly. Running in parallel with the liberalization drive has been an ambitious ‘digital transformation’ plan which hopes to build a vibrant ‘digital economy’ by 2025. To this effect, a series of measures has been taken to create an enabling legal and regulatory environment. Such measures include the adoption of an e-transaction legislation and proposal for a bill aimed at supporting the flourishing tech startup ecosystem. New laws intending to foster business and foreign investment are also part of this effort of building a vibrant tech sector. Such measures appear to have played a role in slightly expanding Ethiopia’s fledgling tech ecosystem. Buoyed by these measures, Ethiopia has made it to the top 100 list of the Global Startup Ecosystem Index.

In the wake of the COVID-19 pandemic, Ethiopia’s tech sector has taken some steps to support the national public health emergency response measures. Shortly after the first case of infection was reported, a number of technology companies, for instance, developed contact-tracing applications. Health authorities also retooled their long-standing partnerships with development partners to roll out a series of public health emergency measures. This online essay, which forms part of an extended analysis of sector transgressions during the pandemic in Ethiopia, explores what Public-Private Partnerships (PPPs) for health tech in Ethiopia mean for notions of transparency and accountability.

Ethiopia’s health authorities have a longstanding relationship with international partners who have provided various kinds of technological support to the health sector. Often, such partnerships are brokered through international aid agencies. A good case in point is the Digital Health Activity project of the United States Agency for International Development (USAID), which has been supporting Ethiopia’s Health Sector Transformation Plan since late 2019. Through this project, Jon Snow, Inc. (JSI) – a public health care and health systems consultancy firm – has been working with a consortium of tech companies to create a ‘sustainable, resilient, and interoperable health information system’ for Ethiopia’s Ministry of Health. Digitization of the methods and practices used to collect, analyze, present, and disseminate information is part of Ethiopia’s Health Sector Transformation Plan (2015). While this project began before the pandemic, it has been a central part of Ethiopia’s COVID-19 response measures. JSI and its tech partners have been involved in Ethiopia’s pandemic response in different ways:

A second notable case of PPPs in health tech concerns the development of a contact-tracing app by a local technology company for the Ethiopian Public Health Institute (EPHI), a body under the Ethiopian Ministry of Health. The app, called ‘Debo’ – roughly meaning ‘to work collectively’ in Amharic – was developed by Ewenet Communications PLC. Launched on 14 July 2020 – about five months after the first case was reported, the app was developed by the company solely on a voluntary basis. Unlike apps developed by other actors, the Ministry of Health and EPHI welcomed this contact-tracing app. The reason for this is not clear, but the developer’s pre-existing relationship with the government might have been a factor. A conversation with an official at the Ministry of Health revealed that the app helped little in practice, and was abandoned shortly thereafter. Before its use was discontinued, the app had around 500 downloads on Android. This attests to its limited role in the nation’s contact-tracing efforts. The app’s developers argued that the app was discontinued only after the virus reached the stage of community transmission during which contact-tracing is a not desirable course of action. But Ethiopia’s COVID-19 management handbook, developed based on World Health Organization recommendations, appears to mandate contact-tracing throughout the course of the pandemic.

Ethiopia’s reliance on technology companies in public health gives rise to a question of legality — what is the legal basis for such public-private partnerships? Moreover, the question of whether partnerships between the Ministry and the private sector as well as aid agencies is – or at least should be – subject to Ethiopia’s Public-Private Partnership (PPP) legal regime remains. The Institute is indeed empowered by its establishment legislation to collaborate with third parties (‘concerned bodies’) in its response to public health emergencies. Arguably this would capture most of the Ministry of Health’s partnerships discussed in this essay. But the lack of transparency and accountability mechanisms should be a cause for concern. An overarching objective of Ethiopia’s PPP legal framework is ensuring transparency and accountability when the private sector is involved in the provision of public services.

This lack of transparency and accountability is one of the key regulatory challenges associated with pandemic-induced collaborations between local tech companies and health authorities. This is particularly so regarding the details of contracts, the procurement process, the technological architecture, and more importantly, possible data sharing arrangements. PPP laws in many countries are adopted primarily in response to such concerns. By providing a framework in which private actors may be involved in the provision of public services in a fair, transparent and accountable manner, PPP legislation regulates public-private partnerships. The involvement of the private sector in providing or modernizing public health services in Ethiopia engages the PPP legal regime.

The Ethiopian government’s response to the pandemic has substantially relied upon the technological support of development partners as well as local technology companies. But these ongoing PPPs in health tech appear to have been taking place outside Ethiopia’s PPP legal and regulatory framework. This means that such partnerships are not subject to meaningful oversight, thereby raising questions of accountability and transparency. What makes this all the more an important point is that the Ethiopian Constitution requires that the conduct of affairs of the government should be transparent and accountable.

Ethiopia’s public procurement laws had laid down rules governing PPPs in public procurement, but it is only recently that the government introduced a freestanding PPP legislation. The Public Private Partnerships Proclamation, adopted in 2018, seeks to instill transparency and fairness when public bodies engage the services of the private sector. The PPP legal framework applies to all types of partnerships except a set of explicitly excluded projects. These are oil, mines, minerals, rights of air space and privatization or divestiture of public infrastructure or public enterprises. The law defines a PPP as a long-term agreement between a public body and private contractors to provide public services in return for consideration, be it in a form of compensation or fees collected from the recipients of services.

A key aspect of PPPs is that the private party or contractor would be liable for all the risks that may arise due to the public service provided. But the nature and forms of risks envisioned in this provision are not straightforward. What type of liability would follow – civil or criminal? Who would enforce them? Against what standards would those risks be evaluated? Would, for example, data breach fall under such risks? Another important feature of the PPP framework is that it puts in place a rigorous procedure for the consideration and approval of projects. Several layers of bodies are involved in vetting projects, but the PPP Board wields the ultimate authority of approving proposed partnerships. The Board is composed of a number of government ministries and representatives of the private sector.

Now there is the question of whether the sort of partnerships seen in health tech are subject to the regulatory requirements of the PPP legislation. An interview with an official at the PPP Directorate of the Ministry of Finance revealed that none of the PPPs in the health sector went through the procedure set out in the Proclamation. According to the interviewee, contracts awarded thus far relate to building physical infrastructure such as roads, solar and hydro energy. And such contracts are often long-term, extending up to thirty years. No project relating to public health is also currently being considered. But as highlighted above, public health is not among areas that are explicitly excluded by the PPP legal framework. Partnerships in the health sector take essentially a form of international aid — or in the context of collaboration with local technology companies, in the form of voluntary corporate social responsibility undertakings. The private actors are not directly awarded contracts by the Ethiopian government. In that sense, it might be argued that Ethiopia’s PPP legal framework would not apply to the kind of partnerships in the health sector considered in this essay.

EPHI’s establishment legislation is another piece of law that might provide some legal basis for partnerships with the private sector. But this law envisages no mechanisms by which collaborations with the private sector are overseen. Questions of the following sort would arise, for instance: how would the data practices of the private collaborators be regulated? What would be the exact roles of the collaborators, for example an app developer? How should EPHI choose a collaborator, more specifically what processes were followed in choosing – for instance – Ewenet Communications to develop Debo? In the absence of robust bureaucracy as well as a data protection legal and regulatory framework, engaging the services of the private sector – which might have ulterior motives – compounds the concern.

Overall, the absence of a clear regulatory framework for PPPs in health tech should be a cause for concern. For one, no meaningful oversight means that partnerships may be forged in less fair and through opaque processes. This would ultimately undermine public interest but also affect customer welfare and civil liberties. Part of the reason why PPPs in health tech have not come under the radar of regulators is probably because they occur in the context of international development interventions. But the increasing role of technology companies, including local tech companies, in the process may change the dynamics – and hence lead to regulatory intervention in the near future. This would, however, still require the attention of relevant stakeholders, especially civil society groups, to bring the matter to regulatory spotlight.