Extractive Logics as a Systemic Pattern 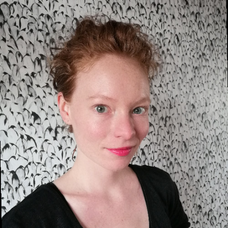 Shaz is a social science researcher specializing in digital governance and smart urbanism, and a PhD Researcher on the Global Data Justice project. Her background spans international development studies, human geography, urban sustainability, and cognitive psychology. She is interested in how we can have a more inclusive global conversation around data governance in the context of economic growth. In particular, her research investigates the implications of data innovation in public sector governance of smart cities. What does it mean to move towards a digital society? Currently, she is thinking about the how uncertainty and adaptation are dealt with in experimental approaches to urban development, and how data-driven decision-making reshapes our relationship to the risk society.

Having perspective on the entire extractive logic of a system can be a rather bleak endeavor. At academic panels it happens relatively frequently that after much discussion, somebody will stand up and ask if, actually, when we boil it down, isn’t the main problem just capitalism? While there is good work being done on trying to move from value extraction to value creation by economists like Mariana Mazzucato, we are still faced with a relatively overwhelming political economy. There are very human moments where we seek hope. This is partially why the call for a resurgent civic urbanism is so intuitively attractive and very much needed. However, like good scholars, in seeking to understand the system, we have to weigh up what are the factors which create that system and the logic that enables it.

Last week notable sociologist professor Saskia Sassen gave the annual Montesquieu Lecture at Tilburg University, building on her paper ‘‘Predatory Formations Dressed in Wall Street Suits and Algorithmic Math’’. She focuses on high algorithmic finance and how real estate investments in global cities fundamentally change the urban landscape, for the worse. These new configurations of actors, technologies, knowledges and practices play out an extractive logic. On the one hand, because of the arrangements of asset-backed securities, lower-income households become part of a larger, multi-scalar financial assemblage that remains very much invisible. Much of the trading happens in enclosed, informal and deregulated spaces known as dark pools. On the other hand, these assemblages result in a lot of empty buildings and push out residents. Because of the complexity of these arrangements, they often lay beyond the reach of regular policy interventions. It is tempting to decry that the law is absent from these spaces and to rely on a call for rallying the civic subject to reclaim the city. I argue that there is more to it.

When we look at cities to explore the impacts of assemblages characterized by extractive logics, the similarities with the data economy are striking. In 2000 Haggerty and Ericson introduced the idea of ‘the data double’ in their seminal paper on surveillant assemblages. Digital surveillance systems which used to be separate are now increasingly entangled together. People’s attributes are extracted from their physical bodies, separated into data flows, and reassembled virtually to create a sort of avatar, known as the data double. These do not necessarily bear any resemblance to how we would identify ourselves as people. When data doubles become derived assets created by social media platforms, their function is to sell algorithmic profiles for advertisers, not for the individual to identify with. The problem is the function creep of these data doubles. Understanding how our data doubles are governed and what the impacts are underlies why we’re researching global data justice.

Much of the new data economy operates in opaque enclosures, and beyond the realm of data protection. We are faced with an increasingly encompassing data economy enacting an extractive logic; just this year we saw Shosanna Zuboff publish Surveillance Capitalism, firmly anchoring the framing in the collective policy discourse. David Murakami Wood has grounded these dynamics into urban space by highlighting how so-called ‘smart cities’ are actually global networked hubs for surveillant assemblages. Cities are the place where both these extractive assemblages – of high finance and dataveillance – come together.

Rather than thinking that the law is merely absent, a more nuanced perspective suggests the law is both enabling and limiting. First, Julie Cohen’s work on the biopolitical public domain illustrates how legal constructs actually enable these enclosures. The extractive logic of wealth creation offers a metaphor of ‘harvesting raw data’, which is then supported by the law to further this extraction. Second, legal scholarship is finding new ways to make sense of the new types of knowledges produced in smart cities.

Sensors in public space, and running unsupervised machine learning on the data that is produced, lead to what Hildebrandt and Koops have called ‘ambient intelligence’. They show how this new form of de-identified knowledge production that happens with inferred profiling deeply challenges some of our assumptions about identity. If we lose privacy, we lose the freedom to construct our own identities, and this is fundamental to constitutional democracies. Our understanding of what a subject is is deeply challenged. As a result, if we want to inspire hope for new paths forward when faced with these extractive logics, we need more than just a call for a return to the civic subject.

Extractive logics operate at multiple scales across an assemblage, from the human body to public space to the trading of derived assets. The extractive logic is a systemic pattern. Human geographers in particular have a knack for thinking across scales, and the same kind of multi-scalar thinking needs to be applied to systemic issues. If we want to shift the system’s pattern, we have to think across these scales, especially with regulation that can support individual autonomy. I argue that a more constructive approach to facing extractive logics needs to engage with the multiple modalities of regulation. As a starting point, Lawrence Lessig famously quipped that regulation happens in law, code, norms and markets. The field of Science and Technology Studies is developing a deeper understanding of techno-regulation, and similar insights can be brought to high finance. In the same way that what makes cities special is how they bring together a nexus of flows, scholarship needs to think beyond disciplinary boundaries.

My thanks go to Aaron Martin and Laura Savolainen for their helpful comments on an earlier version of this post.